Yesterday, the following comment was submitted on this post from November concerning fear of children in Britain [1]:

Someone obviously needs to re-read Lord of the Flies.

On a more prosaic level, I’d argue that people’s feral, shrieking little carpet apes — oh, excuse me, Precious Darling Children — are a great argument for doing as many errands online as possible.

My first impulse was to delete the comment. Then I realized that it is a perfect example of the sort of casual dehumanization of young people that the original article highlighted. I am therefore going to use this as a teaching moment: an opportunity to explain a few things about why I believe the hatefulness that adults like b.g. feel free to express toward children in our culture is not acceptable. 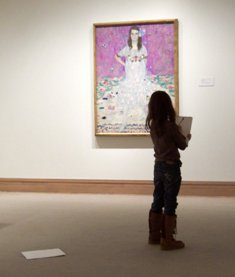 The casual dehumanization of children is one of my research interests as a master’s candidate in history; it is something I am both fascinated with as an historical and political phenomenon, and passionately opposed to in practice. Children are people. As someone who is opposed to hatred and fear of any group of people based on innate characteristics (skin color, ethnic background, sexual orientation, gender) it appalls me how acceptable adults find it to express hatred and fear of children based solely on their age, or for behaviors that can be traced back to their developmental abilities. I see this among a wide range of adult populations, from feminists to Christian fundamentalists — it’s a form of bigotry that is in evidence across the political spectrum.

In part, I believe that this intolerance of young people is one symptom of the way, in modern culture, we have ghettoized many people who make us uncomfortable, or whom we perceive as an inconvenience. Those who slow down our over-burdened lives with their complicated needs or awkward social behavior. People whom, by their very presence, raise uncomfortable questions about our own values and our competence in a complicated, competitive society. People who are mentally ill, physically disabled, people who are struggling with poverty and old age. People who are made vulnerable by circumstance make us uncomfortable. As historian Gerda Lerner writes, in her book of essays Why History Matters [2]: “All of us, ultimately, will join one of the most despised and abused groups in our society–the old and the sick” (17). We would do well to remember, as well, that we all began life as members of a similarly vulnerable and dependent group: children.

This is not to argue that children are innately better than adults. Children are human: ergo, they are capable of human cruelty [3]. That is not the question at issue here. The question here is why people such as b.g. feel perfectly free to refer sneeringly to young human beings as “feral . . . apes” in a public space (this blog) when presumably, they would not feel free to make a similar remark about a black person. Or if they did, they would be held accountable. I have seen on countless feminist blog threads, self-identified feminists who are outraged about hateful speech directed toward women and other groups turn around and use offensive language to speak about the children.* Feminists have long argued that ostensibly “positive” ideals about women and femininity are just as dehumanizing as outright misogyny. Both obscure the complex humanity of the individual person before us. Similarly, characterizations of children as “precious little darlings” or “shrieking little carpet apes” are two sides of the same coin: neither recognize children as persons worthy of our respect. Yet as a culture, we have been reluctant to recognize these parallels.

I have read Lord of the Flies, William Golding’s novel about marooned British schoolboys who resort to terror and violence in the absence of external social structure [4]. Lord of the Flies is a commentary on the nature of humanity more than it is about the innate character of children or the particular environment of childhood. Remember that the boys who have been shipwrecked in Golding’s book are not, in fact, free of socialization: they have already lived upwards of a dozen years in families, and in a British boarding school, in which adults have taught them quite thoroughly what is to be expected from them as human beings. I would argue that the book demonstrates quite well the violence that has been done to these children previous to the shipwreck, in addition to offering a chilling reminder of the sort of evil that all of us, regardless of age, are capable of.

Language matters. Language can affirm the humanity of each individual being on this planet, or language can create a climate in which individual people — or groups of people — become easy to discount or view as unworthy of love, kindness, respect, or understanding. I will not be deleting b.g.’s comment because I think it offers us a valuable example of exactly the kind of hatred children in our lives experience on a daily basis. But let me be absolutely clear: from now on, anyone who leaves a comment on this blog using language like “carpet apes” to describe people whose sole “offense” is their youth will have their comments deleted. You may disagree with me that children constitute a marginalized group in our society. You are welcome to argue your point in comments with pertinent examples and other evidence. You are welcome to use strong language to express your feelings. You may not resort to insults. If the language you use would not be acceptable as a way to describe racial or ethnic groups, women, or queer folks, I will consider it similarly unacceptable as a way to describe young people. Because children are people too.

*It is important to recognize that many feminists do not use this language of dehumanization when speaking of children and youth, and in fact there are countless feminist activists and organizations who have placed the well-being of children and adolescents (regardless of gender) at the heart of their work. My argument here is that alongside this work there still exists a consistent current of hatred and fear directed toward young people, and that feminists are not always willing or able to see the applicability of their critique of inequality in other arenas to a critique of discrimination based on age.

61 thoughts on “Teaching Moment: Children Are People Too”