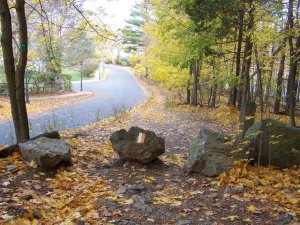 Hanna and I are off to Burlington, Vermont this weekend to attend the fall meeting of the New England Historical Association (as well as wander around Hanna’s former home turf and make the rounds to an ever-icreasing list of lovely-sounding shops). Here are a few links from this week to keep y’all busy while I’m gone.

Historian and author Laurel Thatcher Ulrich was the first woman to be awarded the Massachusetts Historical Society’s highest honor this week at our annual dinner. Sadly, I wasn’t able to attend the reception because the topic of her talk, “A Mormon Apostle in Boston: Sightseeing, Riot, and Martyrdom,” sounds promising!

Recently, author Bethany Moreton spoke with Amanda Marcotte on the RHReality Check podcast about the rise of “Christian free enterprise”; Moreton’s book To Serve God and Wal-Mart has been on my “to read” list for a while, and she had some really insightful things to say about how service workers — from tenured professors to hourly workers at Wal-Mart — understand the value of their labor. Even if you don’t want to read the book, her interview is really worth a listen. (It’s about halfway through the twenty-minute podcast).

I was kind of overwhelmed by the avalanche of blog posts surrounding the arrest of Roman Polanski, but this Salon piece by Kate Harding of Shapely Prose titled Polanski, “Hounddog” and 13-year-old voices was my runaway favorite because of the way it foregrounded the voices of girls and young women who experience sexual violence every day — and our collective failure to recognize and deal with girlhood sexuality is.

The University of Florida has a disaster prepardness plan that covers a zombie outbreak. The blog post links to a PDF that I swear is worth clicking into. It includes an “Infected Co-worker Dispatch Form” to fill out when you are forced to kill a fellow employee in order to survive. Because of course there would be forms to fill out. And then I’m sure the records manager would file them appropriately to cover the University’s ass!

You may have heard that a group of folks at Conservapedia (the right-wing answer to Wikipedia) have taken it upon themselves to re-translate the Bible and expunge all the insidious liberal, socialist passages, such as “let him who is without sin cast the first stone.” Read the slightly bemused commentary here, here and here.

While we’re on the subject of conservative whackaloon Christianity, Antonin Scalia tried — in recent Supreme Court oral arguments — to claim that the cross was not a Christian-specific religious symbol, but rather a universal way of mourning the dead. Neither I nor the lawyer he was debating know what planet he spends his time on.

BHAstronomer over at Shakesville provides a laugh-out-loud, line-by-line smackdown of a movie review of Whip It in which the reviewer argued that the movie was a “lesbian fantasy disguised.”

In the “random awesome idea” category, a photographer in San Francisco is offering to pay people $2 in exchange for letting him take their photograph.

And finally, my brother captures this awesome video of swifts out in Portland, Oregon circling an abandoned chimney before settling in for the night.