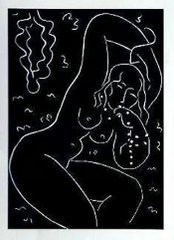 So I’ve decided to give in to my pleasure at perusing all things human sexuality and gender identity related in my blog feeds and try setting aside my Sunday post for highlighting my favorite links of the week on those topics. We’ll see how it goes!

This week, I found myself following with bemusement the story of a straight couple in the UK who applied for a civil union, only to be denied on the basis that the law explicitly excludes opposite-sex couples. As Hanna said, what sort of dumb-ass bureaucrat said to themselves, “Aha! I know what I’ll do! I’ll redress discrimination in one set of laws by writing legislation that discriminates in the opposite way!”

JoAnn Wypijewski, of The Nation wrote a column back in September about the trend of medicating human sexuality that is perceived as abnormal — specifically about the newly-imagined disorder known as “female sexual dysfunction.” I recognize that hormones and other physiological factors do play a major role in our sexual lives and pleasures, but I also think her observations are worth considering:

“So many times I don’t think sex is a matter of health,” Dr. Leonore Tiefer, a sex therapist and founder of the New View Campaign to challenge the medicalization of sex, told me the other day. “I think it’s more like dancing or cooking. Yes, you do it with your body. You dance with your body, too. That doesn’t mean there’s a department of dance in the medical school. You don’t go to the doctor to learn to dance. And in dancing school the waltz class is no more normal than the samba class.”

Greta Christina, at the Blowfish Blog, has some “harebrained speculations” about why, if sexual orientation is rooted in biology, there are so few people who identify as bisexual.

For some reason, I find the amount of disgust leveled at Levi Johnston for his Playgirl shoot utterly dispiriting. Sure, I find Palin’s bid for the vice-presidency and the way the family exploited Bristol Palin and Levi Johnston’s pregnancy deeply problematic. I also find it tacky that Johnston is exploiting the media attention by posing in a nudie magazine. But that is absolutely no excuse for anyone to pile hate upon him for not being their ideal object of desire. None. If you think what he did was wrong for any reason other than that you don’t like how he looks, say so. If you don’t like how he looks don’t fucking look. It’s that simple, people.

And finally, a word of advice: “These are the names of tulips. Let us allow them to remain the names of tulips.” In the wake of the bad sex award shortlist release, and the inevitable discussion over what makes “bad” and “good” sex writing, avflox at BlogHer shares a few tips on writing sex.