being the change, gender and sexuality, smut

So I realized, after writing three mammoth posts about how wrong I think Gail Dines is regarding the inherently alienating nature of pornography, that I hadn’t actually spent a lot of time talking about why I find her analysis troubling. I talked in general terms about the sexual subcultures and sexually-explicit materials she was choosing to ignore. But I didn’t talk about why I think sexually-explicit fiction and images can be enriching rather than soul- and society-destroying (as Dines understands them to be).

… The joy of knowing and being known. This is my current answer to the question of “why erotica?” I’ve realized that my favorite stories — trappings aside — hinge on that moment of radical acceptance when two (or more) people become, metaphorically and actually, naked before one another — and all of the terror of rejection or fetishization, of being judged and found wanting, washes away in tenderness. Whether it’s an anonymous fuck or a thirty-year relationship, whether being known means being suspended in mid-air and spanked or demands languorous love-making at dawn (or both!), relational sex involves stripping ourselves bare, making ourselves vulnerable, being brave enough to expose our humanity in the presence of someone(s)-not-us.

You can read the whole thing over at Harpyness.

Our culture has an impoverished vocabulary for pleasure and joy. It’s true that we also struggle to put unspeakable pain and grief into words — and people have argued, in fact, that certain types of trauma are literally beyond the act of speech, that is beyond the ability to communicate, to connect, to understand. Due to some personal experiences in my teen years, I did a lot of thinking about the language of trauma and grief and how creative acts, how the creation of art, can help translate the unspeakable into (forever imperfect) speech.

And all of that was incredibly important, and needful. But eventually I noticed something equally troubling — and that was our similar struggle to put unspeakable pleasure and joy into words. What I find almost more troubling, in fact, is the way in which our inability to articulate love, connection, and ecstasy, doesn’t get the same attention as our struggle to articulate the pain, rage, loss, and cruelty. We privilege suffering in artistic expression, while trivializing joy. Yeah, I know this is an over-generalization, and I’m not out to play oppression olympics: both pleasure and pain are fundamental experiences of being human, and both deserve our attention. But since I first started noticing our discomfort with speaking of pleasure and love, I’ve been wondering about the discomfort and its cause. Why are positive experiences somehow less captivating to our cultural imagination than trauma? Is it simply a collective desire to process the fact we’re all walking wounded? Is it that joy and pleasure seem self-evident while grief and pain demand explanation? Do we resent the evidence of other peoples’ pleasure, while seeking solace in other peoples’ pain? Or is there something more self-punishing going on — guilt and shame over experiencing functional relationships, embodiment, contentment, grace? 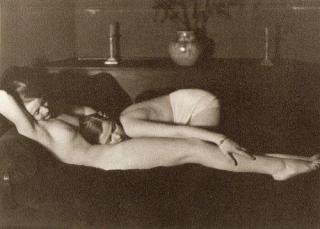 “And bachelors.” In the same breath as “murderers and rapists.”

And on that slim spit of land where Gail Dines and I actually agree? If that actually is the vocabulary of sex that Dines has at her disposal? I also think that’s a pretty shit state of affairs.

We laugh, as writers of fan fiction, about the tropes and the memes and the win-every-time formulas for getting each pairing together. But at the end of the day, I’m always bowled over by the specificity of another person’s vocabulary for lust and love. Even if it’s not my own, even if it’s the last thing I’m ever going to think is hot, it’s a pleasure to know what other people find pleasurable. Read fan fiction long enough and — far from the commercialized, plasticized, one-size-fits-all Gail Dines imagines to be our only shared vocabulary for sex these days — you discover even in the bad stuff there’s details that will expand your world.

As a writer and reader of smutty stories, I think that future is a helluva lot closer to now than Gail Dines seems to think.