While Hanna was dozing in the bedroom this afternoon, and I was listening to Jeff Chu’s interview on the Diane Rehm Show through their online streaming (have I mentioned how much public radio totally rocks and that we’re proud supporters?), I decided to paint my fingernails in rainbow in anticipation of this coming week’s oral arguments before the Supreme Court on the legality of bans on same-sex marriage.

Like it’s any secret, but I think my nails probably give my position on the matter away.

What with the wedding ring and all. 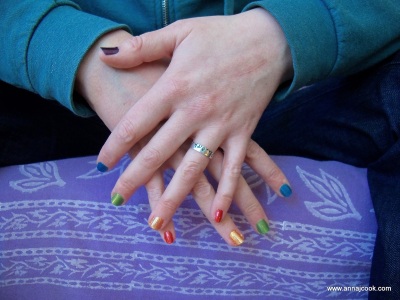 The cats were unimpressed with my politics and beauty regime, particularly since there was nothing edible in it for them.

They preferred to spend the afternoon sunbathing in our living room. 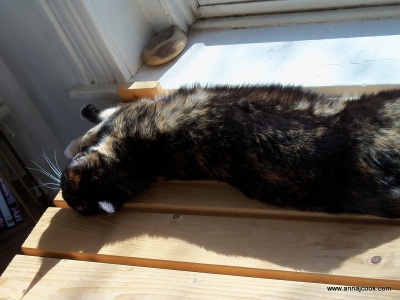 (Sometimes I suspect Teazle is a slinkie in disguise.) 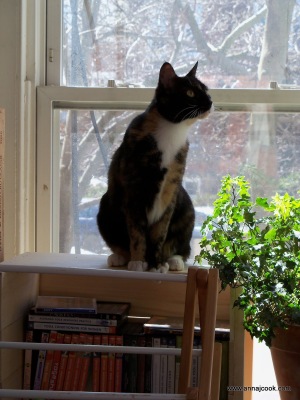