Hanna and I walked into the city center this morning via the Southwest Corridor Park, from Jamaica Plain to the Back Bay. Here’s a selection of images we took along the way. 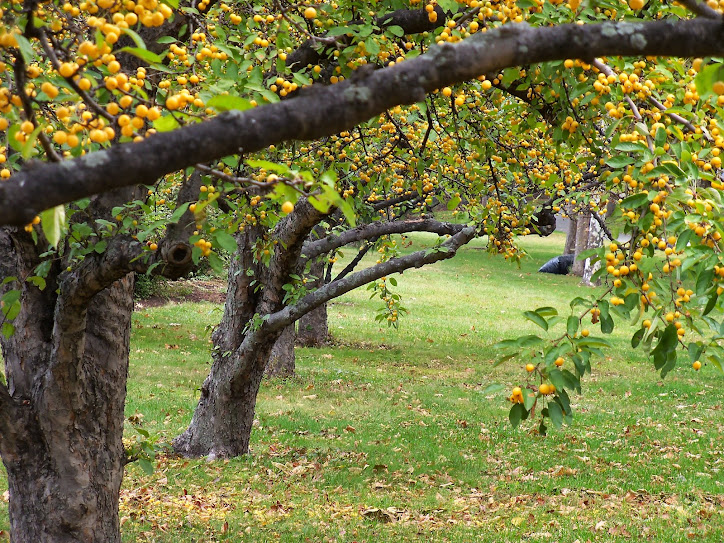 The Southwest Corridor Park was almost a freeway. 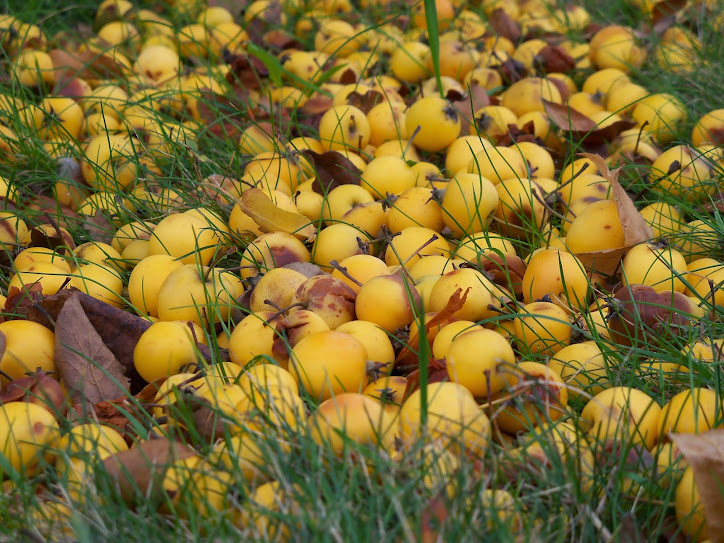 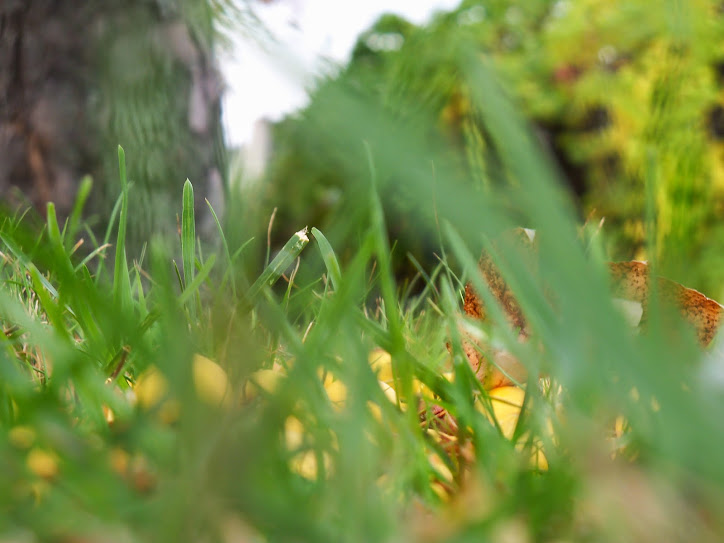 After crossing Massachusetts Avenue, the park becomes more formal, passing along behind rows of upscale brownstones that sit below the looming Prudential Center. 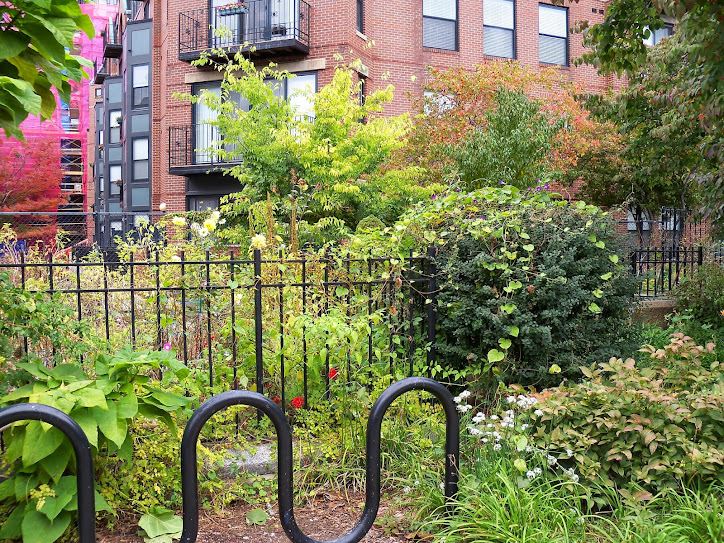 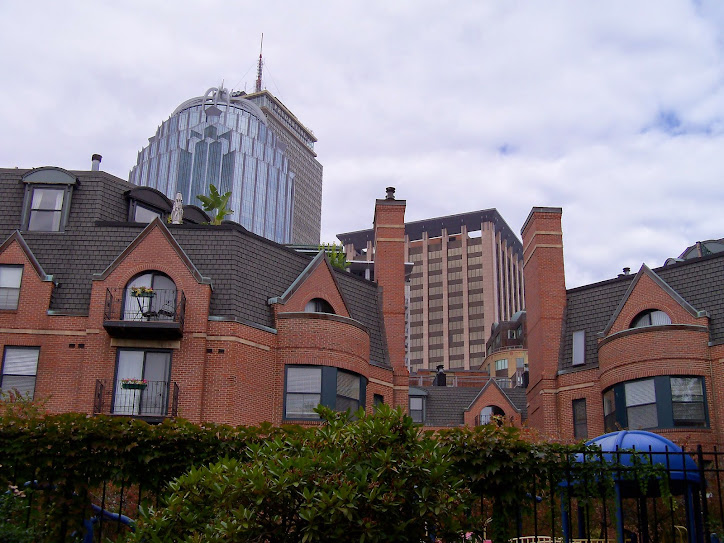 Even here, the autumn colors were striking. 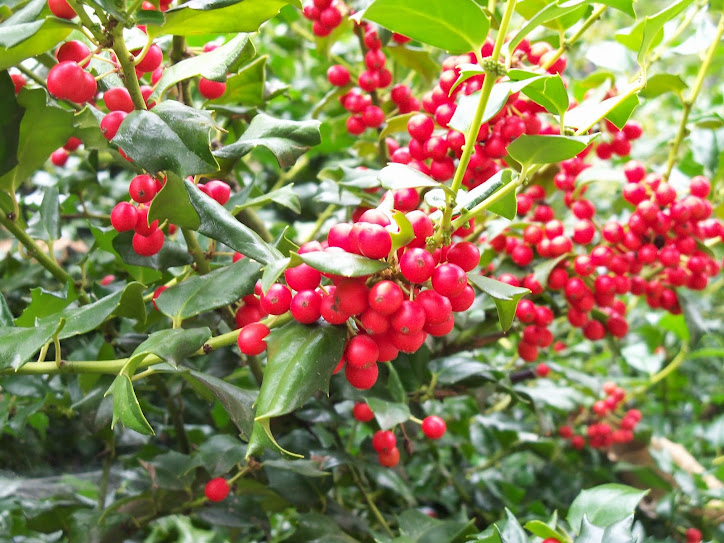 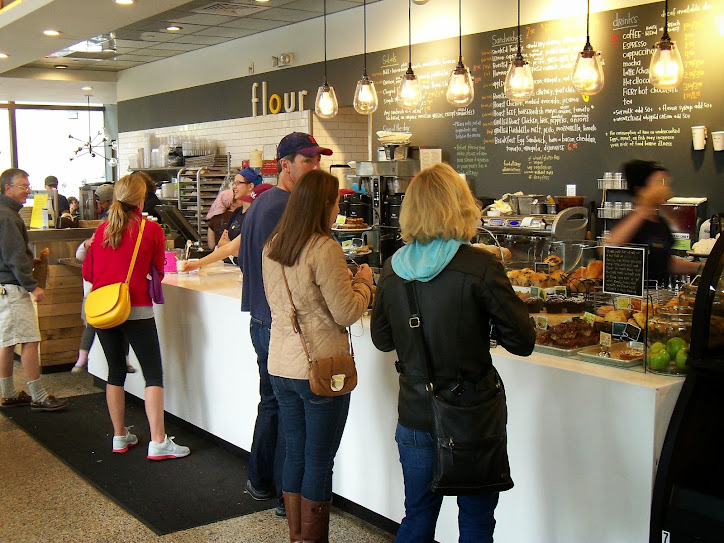 At the end of the path, we crossed through Back Bay Station and stopped at Flour for coffee and pastries. 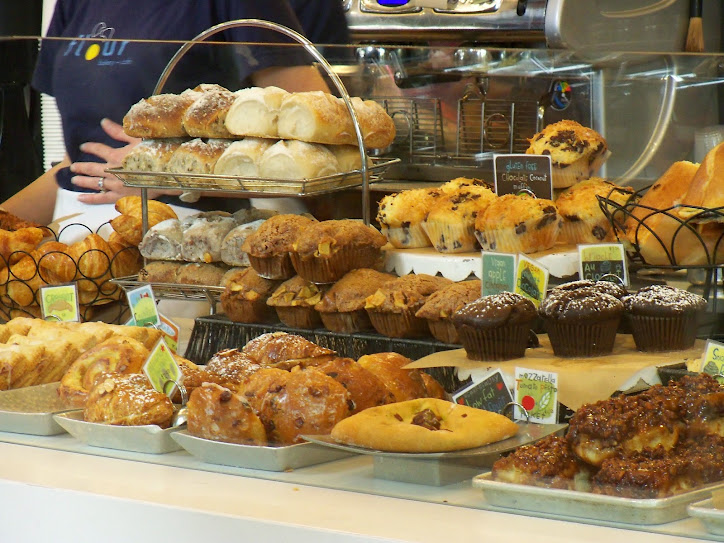 We sat for a bit in the Boston Public Garden. 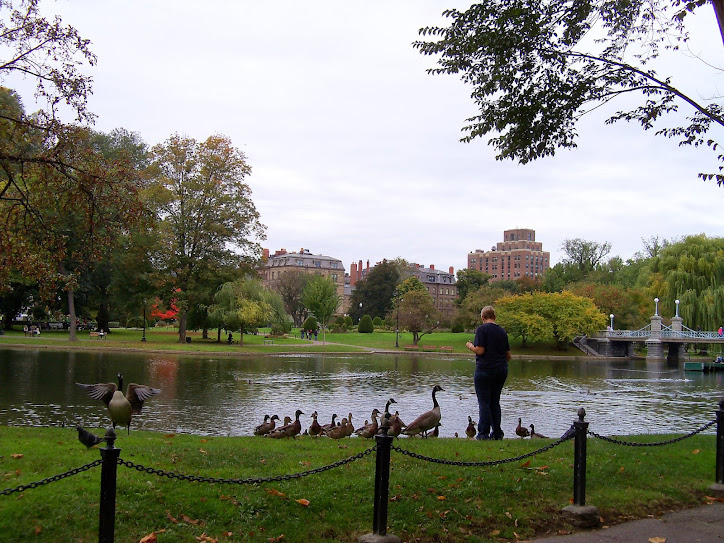 There were some glorious late-blooming roses.

…and ended our outing with a pass at the $1 used book carts out by Brattle Book Shop.