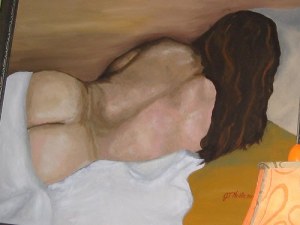 This’ll be your last Sunday Smut list until I return from Oregon, so watch for no. 15 to appear on March 28th. In the interim, you’ll be on your own when it comes to the latest sex and gender related gossip in the blogosphere.

This week, to start us off, we have dueling videos: made-of-awesome and made-of-misogyny (not to mention misandry). On the pro-side we have a “That’s Gay!” segment posted by lisa @ Sociological Images that lampoons the discomfort surrounding Johnny Weir’s appearance at the Olympic games (“is Johnny Weir too gay for figureskating? . . . Wait. Is that even possible?”). On the con side, we have a PSA video produced by the socially conservative sexuality education organization SexReally posted by Jos @ Feministing (and just about every other feminist blog). It indulges in a whole host of harmful stereotypes, not the least of which is the idea that all men are sexual animals whom women must protect themselves from via safer sex practices.

There’s been a lot of talk this week about the current state of sexism in popular culture, and how certain practices are being marketed to women as feminist when, possibly they aren’t all that different from traditional notions of how “nice girls” ought to feel and behave. Susan J. Douglas @ In These Times asks whether sexism is being sold to women as “empowerment”; Jessica Grose @ Slate’s DoubleX muses about cycles of slut shaming and the powerful cultural taboos over casual sex (Rachel @ The Feminist Agenda weighs in); Lucy Mangan @ The Guardian musters a quality rant on how Helen Fielding and her character Bridget Jones “destroyed my 20s”; and finally, Charlotte Raven @ The Guardian reviews several new books of feminism and culture, and suggests that it’s time for more women to become re-politicized about their position in society: “In the 50s, as now, the early gains of feminism had been squandered by a generation who thought it unglamorous and inhibiting.”

Over @ The Lesbian Lifestyle, goldstardyke announced the winners of this years Lezzie Awards in blogging; of the blogs I follow, Feministing.com won in the category of Best Lesbian Feminist/Political Blog and Essin’ Em’s Sexuality Happens was a Runner Up in the category of Sex/Short Story/Erotica.

Congratulations are also due to Samhita @ Feministing, who has been chosen by the members of Feministing’s collective as the first to fill the rotating position of Executive Editor.

Cara @ The Curvature offers a powerful and scathing analysis of the recent report on sexual assault on college campuses and the continued failure of officials to respond meaningfully or create a climate in which victims of sexual violence are willing to come forward and report. Her argument is nuanced and worth digesting in full, but a few choice quotations (bold emphasis mine):

This idea that some rapes are Really Bad Rapes, and other rapes are Eh, Not That Big of a Deal Rapes, is incredibly damaging — especially when the only kinds of rapes that count as Really Bad Rapes are the kinds that are the least common — and also incredibly pervasive. Some rapes are more violent than others, but the bottom line is that rape is rape.

Saying that there are “middle” rape cases, that involve miscommunication and mutual intoxication, first of all, is patently false. Rape does not occur because of “miscommunication” — it just doesn’t. It occurs because of one party’s decision to ignore, disengage from, and/or reject communication. The idea that there are hoards of rapists out there “accidentally” raping is absurd on its face. But even if it was true, it results in a no less responsible rapist. If you don’t want to rape someone, you make sure that the other party is enthusiastically and meaningfully consenting. If you fail to do that and rape someone, there was no accident involved — just the likely and logical outcome of a conscious choice to disregard the bodily autonomy and safety of another person.

Here is where the overarching problem with schools’ disciplinary procedures, as well as the problem with how we as a society evaluate rape in general, comes to light. We spend more time looking at how the rapist thought about the event, rather than what the rapist actually did. We spend more time thinking about how the rapist might have meant things differently, rather than looking at the violence and oppression the rapist actually enacted. And we give more credence to the rapist’s intent than to the victim’s trauma and sense of violation.

And there can simply be no justice for rape victims when the first order of business is always to consider how the rapist feels.

Also (sadly) in the annals of rape culture Melissa McEwan @ Shakesville reports on a columnist who claims women joggers who desire solitary exercise are asking to be raped and murdered.

The Women’s Collections Roundtable of the Society of American Archivists reports that the awesome Women and Social Movements online collection is free for the month of March in celebration of women’s history month.

While Heather Corinna conducts a study on attitudes and experiences of casual sex, Sady and Amanda @ The Sexist ask is hook-up culture eating our brains?

Via SFSignal (thanks to Hanna for the tip), Lambda Literary announces a new webzine devoted to book reviews, author interviews and more.

And finally, a slightly dated (from last August) post from mlawski @ Overthinking It making the case that Strong Female Characters ™ are actually detrimental to the feminist cause. I should note that this post prompted a lively discussion in our household due to the classification of Leia in Star Wars as a modified Damsel in Distress ™. Hanna argues that mlawski is cherry-picking examples and thus destroying her case; I bow to Hanna’s mastery of the history of genre film in general and Star Wars in particular while maintaining that mlawski’s identification of a trend and its weaknessness is still valid. I leave it to my readers to decide for themselves.