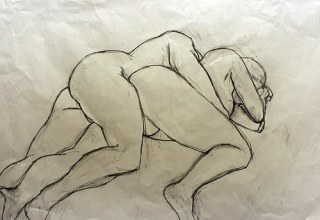 Last night, thanks to my friend Minerva, who is currently at the Boston University School of Public Health, I was able to attend a screening at BUSPH of The Price of Pleasure: Pornography, Sexuality, and Relationships (2008) and the subsequent Q&A-cum-debate with anti-porn activist and author Gail Dines and sexuality educator Carol Queen. Lots to process. I’ll be writing a review of the film and a more coherent summary and reaction to the debate portion of the evening once I’ve had some time to organize my thoughts. But meanwhile, are a few first responses.

I come to this conversation with my own experience of pornography, obviously. I’ve seen a vanishingly small amount of video porn — most of it filtered through secondary sources like documentaries or embedded within feature films (where we just call them “sex scenes”). I’ve never experienced sexually explicit materials in the context of emotional coercion or physical abuse, and have never felt the presence of sexually explicit materials compromised my intimate relationships. Aside from some early childhood peer-to-peer situations that made me passingly uncomfortable (and probably deserve a post at some point), I’ve basically felt like I had bodily autonomy and sexual self-determination. My teenage years and young adulthood were characterized by self-directed exploration of human sexuality and my own sexual desires, mostly through fiction and non-fiction, and solitary sex. When I didn’t find sexually explicit narratives that satisfied me, I decided to create my own.

Did I have sexual struggles? Certainly. I was reflexively anti-porn early on because I’d imbibed the cultural narrative of “porn” as relationship destroying, the last resort of the lonely, as anti-feminist objectification. At the same time, I was discovering that mild bondage scenarios and actual mild bondage were a huge turn-on for me. Together, these two conflicting messages me feel like a bad feminist, and made me feel overwhelmed by my own sexual desires. But if pornography hadn’t been demonized by those around me, maybe I would have realized before my mid-twenties that fantasizing about ceding control in a sexual situation isn’t the same as wanting to be literally helpless. I don’t wish my younger self hadn’t been exposed to bondage imagery or narratives — I wish I’d been given better tools with which to analyze both it and my responses to what I saw.