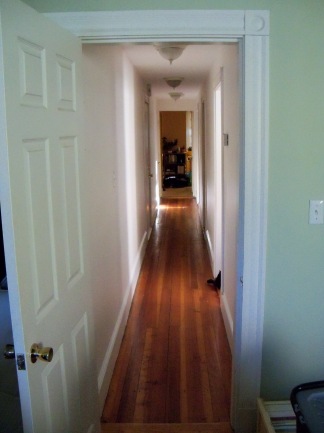 It’s become a tradition here at the feminist librarian for me to pause and take stock every year around Labor Day. It was on Labor Day weekend in 2007 that I first arrived in Boston, trunk packed with dorm room necessities, to begin a new chapter of my life as an East Coast urbanite.

2014 has been a tough year for us, so far. As Hanna said back at the beginning of August, “I’ve decided to break up with 2014. We’re through.” Things started last fall with a positive but tiring whirlwind trip to the West Coast, out of which Hanna barely had time to recover before coming down with a pernicious case of pneumonia which required multiple courses of antibiotics and several weeks of bed rest. Then we began the new year with a Midwest polar vortex, then returned to Michigan in March to sit with my family during my grandmother’s deathtime. Hanna sprained her ankle the day after we got back to Boston, and while she was still on crutches we got the call to view what is now our apartment. We moved in May, then got the call that my grandfather had cancer. I’ve just come through the busiest summer on record at the MHS library and at this point we’re both looking forward to what we hope will be the most peaceful, boring autumn Jamaica Plain has ever seen.

At the same time, it feels good — more than good — to be looking forward to fall (my favorite season!) in Jamaica Plain, which in turn is here in Boston. We’re so pleased to be living here, in fact, that when we take our vacation in September we decided to stay put.

We’ve done a hell of a lot of traveling this year and it’s good to be home.

Which brings me to the point of this year’s post: local intentions. END_OF_DOCUMENT_TOKEN_TO_BE_REPLACED