On our sixth snow day of the winter, Hanna and I beat the cabin fever by taking a walk out along the Southwest Corridor Path to Ula Cafe for breakfast, and then up to Forest Hills and back via the grocery store for a few essentials.

I took the camera along. 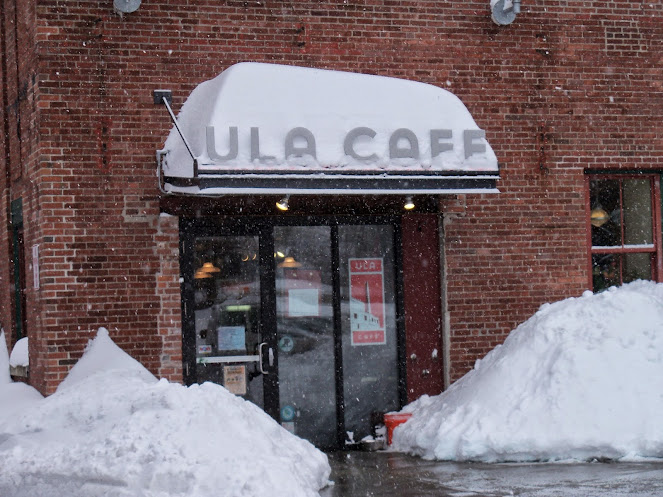 Since my Monday post, Ula has gained a significant amount of snow! 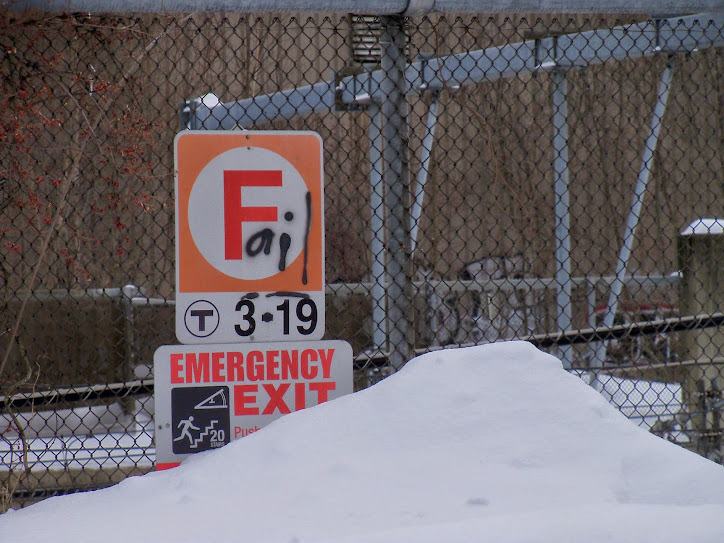 This graffiti may or may not be a recent addition, but seemed apt above this mountain of snow … particularly given that behind the fence is the commuter rail / T line through-way, silent today with the MBTA’s suspension of service. 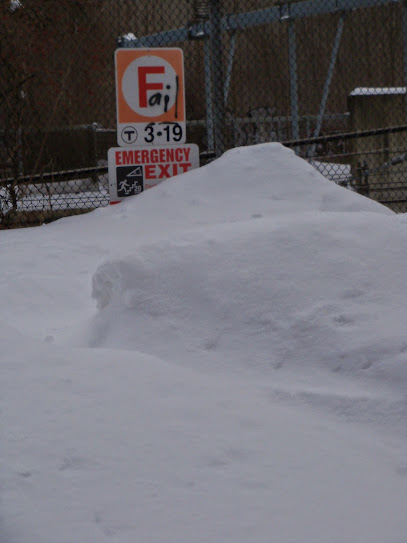 The wind had made some spectacular snow formations on local buildings. 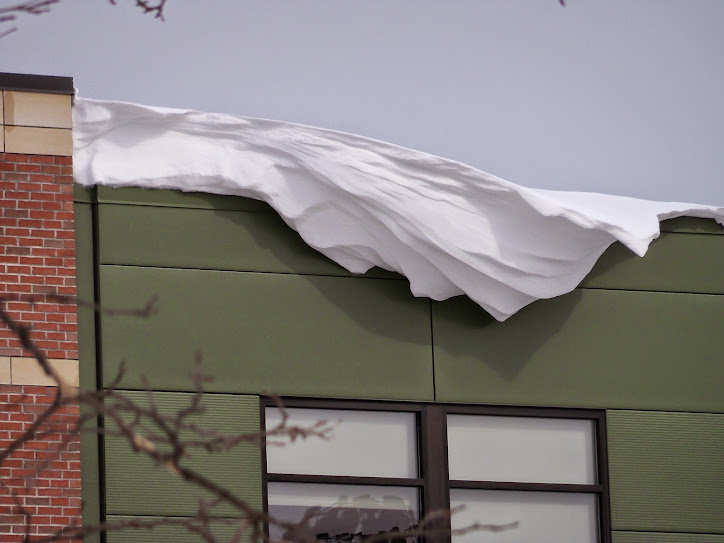 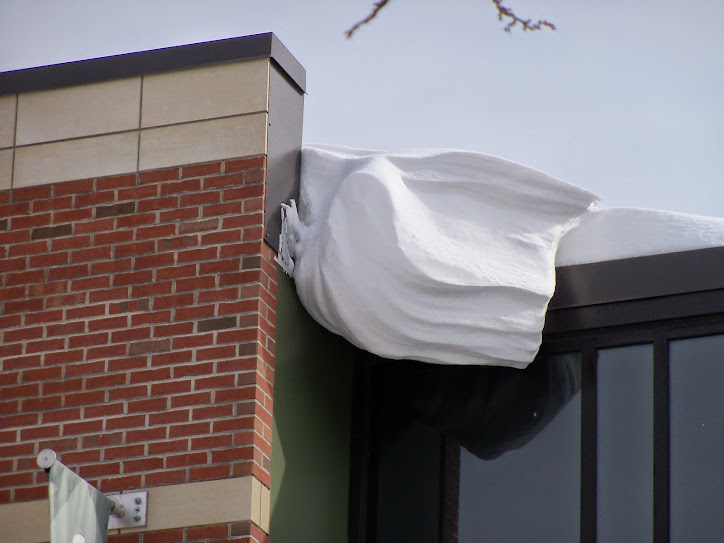 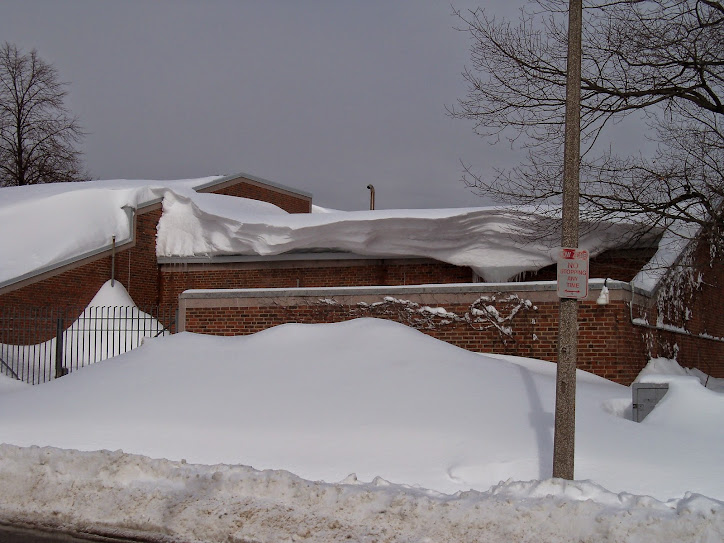 While a plow had been along both the walking and cycle tracks on the Greenway, the smaller streets were a tight squeeze, with the piles of snow reaching impressive and tottering levels. 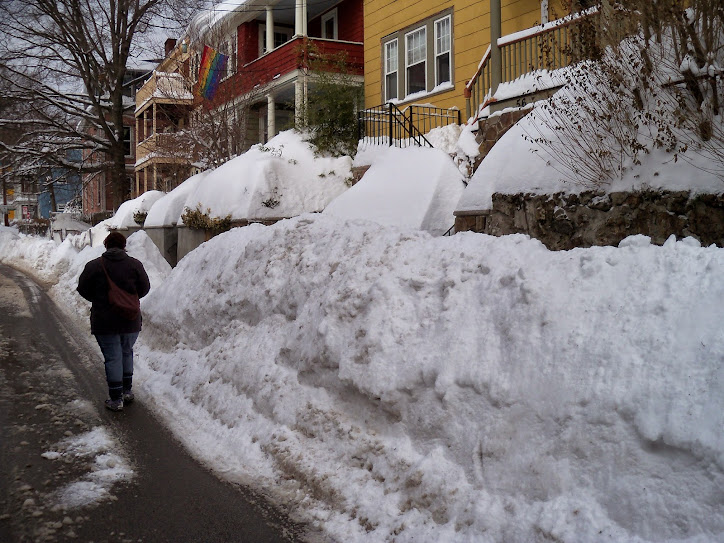 Believe it or not, there’s actually a path about one (narrow!) person wide between these piles of snow and the stone walls on the property side.

Many corners were impassible; we also played a game of “spot the car,” sometimes indistinguishable from the snow mountains! 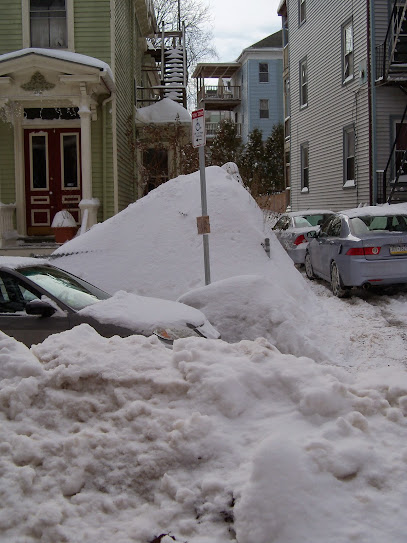 You can just see the corners of the chain-link fence below this snow pile in front of the green house with the red door. 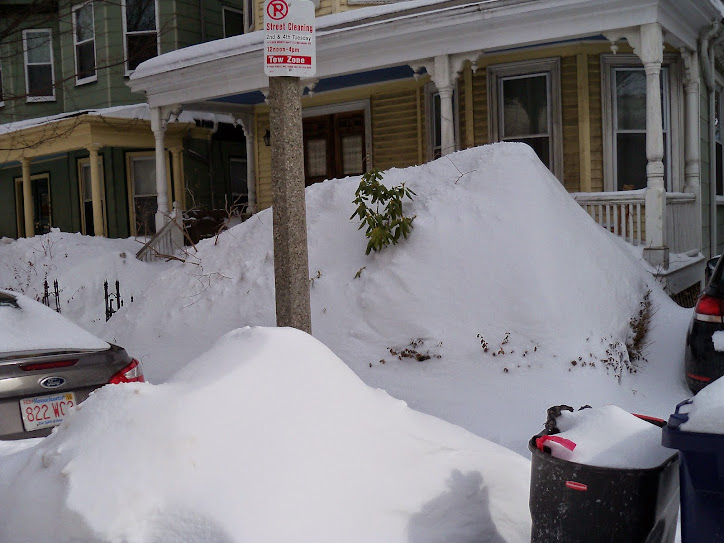 …While this house used to have some bushes, at one time. 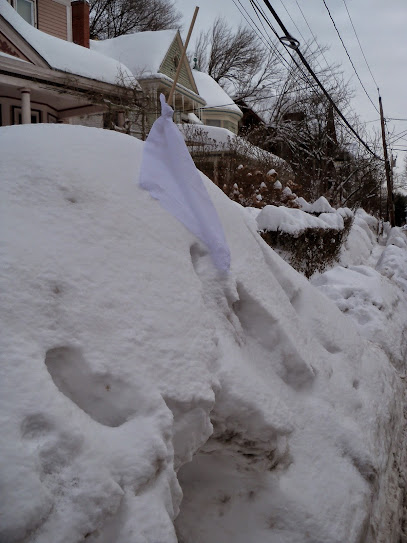 And this neighborhood simply surrenders.

For those interested in a poetic, historical perspective, our local weather guru David Epstein offered thoughts on the Great Snow of 2015 today at boston.com:

Recently, I wrote about the Great Snow of 1717 a series of 4 storms in 10 days. When that event was over, Cotton Mather reported 3 feet of snow in Boston Common in what was an unprecedented snow event. Fast forward almost exactly 300 years and we have done it again and then some. What’s transpired meteorologically the past 18 days is simply amazing. Part of the reason it’s so incredible is because we don’t have anything officially in the record books to compare this to. We’ve had more snow than any other 14, 20 or even 30 day period since the late 1800s and there is still more snow in the forecast.

…Millions of us go to daily jobs feeling the pressure of performing for our co-workers, our boss or self-imposed ideas on taking our career to a higher level. Now, the snow has just put a halt to much of it. Sure you can work from home, but the meeting you had yesterday or today is cancelled. While the day off might seem relaxing for some, stress levels may have actually increased due to the lack of being able to get stuff done. Students are missing school, teachers aren’t able to teach, a house that was being built down the road halted construction and the state’s largest mass transit system isn’t even working.

…20 days ago, when the ground was bare, traffic was a part of living here. Today, because of the snow, the use of a car in the areas hardest hit by all the snow takes on a whole new meaning. At least for the next few weeks, the added time to go somewhere must now be factored in to our lives. Trillions upon trillions of tiny crystals have forced a collective traffic jam normally reserved for Friday night commutes to Cape Cod in the summer or the occasional weekday snowstorm in winter.

And now I’m headed back to afternoon snoozing with the wife and cats, listening to WBUR on the radio and the sounds of neighborhood shoveling outside. Stay warm, be safe!